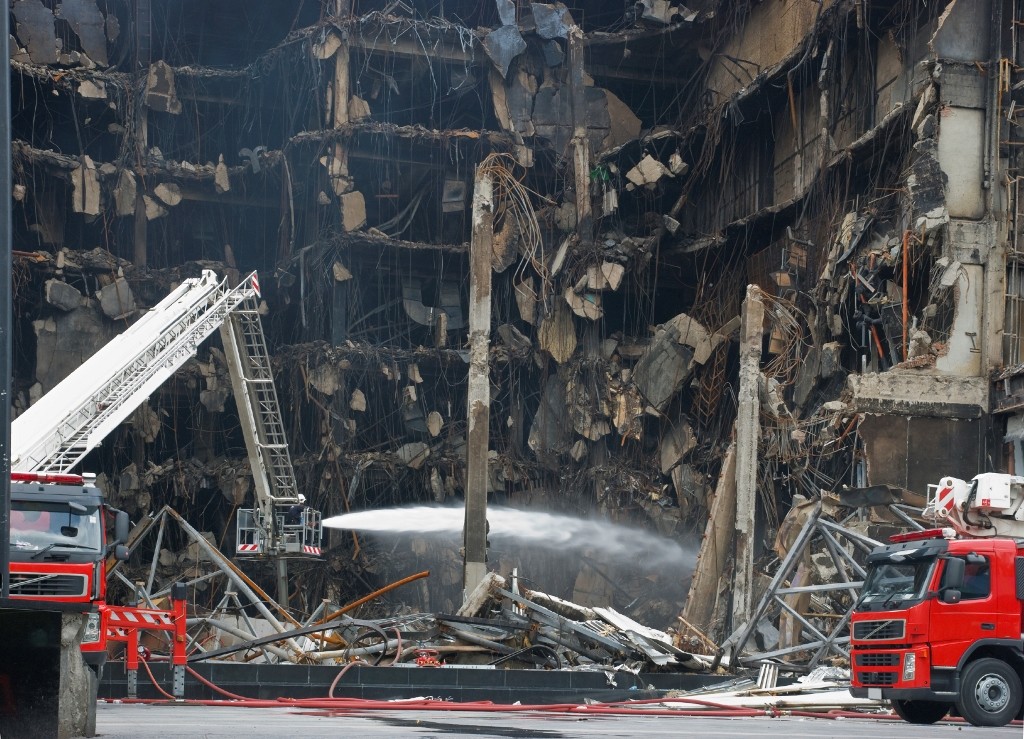 An unsettling look at how easily fires can start in a building and the lack of fire compartmentation design in buildings costs lives.

Fires usually start from the most innocuous, or stupid, of reasons.

For example, a woman in Bridgend, South Wales, accidentally set her house on fire last year after trying to kill a spider by spraying it with a lit aerosol can.

Even more stupid, again last year, was a rioter in Ferguson, Missouri who accidentally burned down his own house after mistaking it for a convenience store.

According to a report, the 32-year-old threw a Molotov cocktail at a window not realizing he was setting fire to his own home.

Or, back in the UK, the Nottingham council tenant who this year accidentally caused £9,000 damage to his home when he set fire to rubbish too close to an outside wall, a fire that spread into the roof causing significant damage.

Worse happened when a 31-year-old sneaked into a storeroom in his factory in Crumlin, South Wales to have a crafty cigarette – starting a fire that caused £25 million of damage and cost 100 people their jobs – including his parents who also worked at the factory.

The blaze in 2012 took only 10 minutes to engulf the factory, and the sneaky cigarette not only cost him his job but over six years in prison.

Forbes Magazine has some light-hearted examples of stupidity and fire.

For example, the American tycoon who decided to cook a single chicken breast in a deep fryer. No problem, except the fryer was in his basement and he then left the house to walk his dog. The subsequent fire cost him $1 million.

Or the other rich idiot who thought it was a good idea to hang a Warhol painting over his fireplace. The painting melted, leaving him with a $multi-million claim.

Generally, however – arson aside – most fires start from only the smallest of accidental causes – often a faulty wire or casually dropped cigarette.

For example, nine people died in a high-rise residential block in London in 2009, most likely caused by an electrical fault in a TV in a ninth-floor flat.

Compare that with the worst civilian tragedy in Paraguay for the last sixty years, which started with a spark in a grill in a fast food outlet. That comparatively minor incident in the Ycuá Bolaños supermarket on the outskirts of Asunción, the country’s capital city, would go on to orphan over 200 children.

Materials such as metal can absorb heat and transmit it to other rooms or shops by conduction, where it can cause new fires to break out. Radiation transfers heat in the air, until it too sets off secondary fires, spreading the danger away from its original location.

That happened recently in a shopping centre in Qatar, where an electrical fire started near a child care centre, going on to trap the children and their teachers. In total, 13 children died, mostly from smoke inhalation, as well as four teachers and two fire-fighters.

The list goes on and on, although thankfully most accidental (or stupid) fires are dealt with relatively quickly – and don’t cause loss of life.

One that did, and changed both design and safety regulations on the London Underground, was a fire on an old wooden escalator in 1987. Probably started by a discarded match, despite smoking having been banned in the Underground two years earlier, the fire claimed the lives of 31 people, including a fire fighter and a homeless man who wasn’t identified until 2004. Dozens more were injured.

This May also marked the 30th anniversary of one of the UK’s worst fire disasters, when 56 people died at Bradford City’s football stadium. Over 250 other supporters from both Bradford City and Lincoln City were injured, many seriously. Worse, people had to break down locked exits to escape.

Again, a dropped cigarette was the most likely cause – and led to much greater safety in major stadiums.
The greatest risk does, of course, come in places where large numbers of people congregate – for example large offices, shopping centres, or transport hubs – and modern fire regulations are all about active fire systems such as sprinklers or passive systems such as fire protective glazing.

A key factor is compartmentation – trapping the fire in a contained space, and therefore preventing it spreading, for up to 120 minutes. And it’s not just fire: as with the Qatar fire, the majority of deaths can be through inhaling smoke or toxic gases.

Containment also allows fire fighters to easily reach the seat of the fire, limits damage to a specific area and – most importantly – gives everyone in that building the time to safely escape.

But – and it is a big but – we always emphasise that in a fire situation the performance of any glazing system relies on compatibility between the glass and its framing system and that, if one fails, both fail. Insist on proven, tested compatibility.

In a fire, the sudden venting of oxygen caused by a glazing system failure can have a significant and catastrophic effect on rapid fire growth – at worst, leading to back-draft or flashover, two of the most feared scenarios faced by fire fighters.

The fact is that fire is both friend and foe. Modern glazing systems from companies such as Wrightstyle are designed to contain fire. But they won’t be any use if you hang your Warhol over the fireplace.