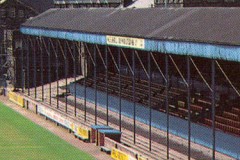 Wrightstyle’s Technical Director, Lee Coates, takes a deeper look at the Bradford City fire (at the football stadium) and the consequences. Bradford City Fire – 30th Anniversay This May will mark the 30th anniversary of one of the UK’s worst fire disasters, when 56 people died at Bradford City’s football stadium.  Over 250 other supporters […]