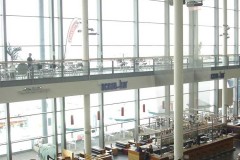 In the first of a two-part article on civic architecture, Jane Embury casts an eye towards the upcoming general election. In the UK, we’re on the verge of a general election, following years of Brexit chaos.  However, I don’t want to talk politics.  Instead, I would like to talk architecture. While Brexit dominates the political […]