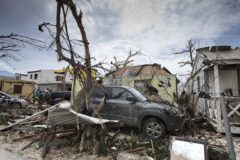 By Tim Kempster, managing director The catastrophe that has visited the Caribbean and parts of the eastern seaboard of the USA has been appalling to watch. There have been 13 named tropical storms this year, and the hurricane season doesn’t end until November.  Of those, eight have been hurricanes and four of them were major […]