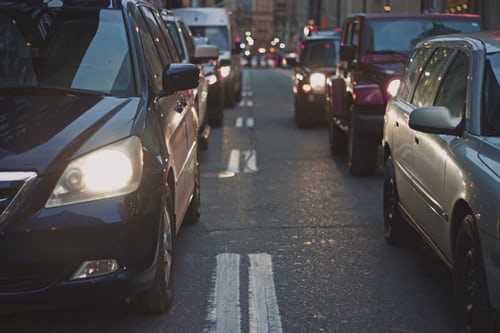 In our increasingly urbanised world, fewer and fewer of us are able to enjoy the sound of silence.

Noise pollution, sometimes known as environmental noise, is one of the great irritants of the modern world.

In the UK, noise is defined as being “a sound, especially one that is loud or unpleasant or that causes disturbance.”  In the USA, it’s defined as “unwanted or disturbing sound.”

High noise levels can have an impact on stress and cause sleep disturbance.  It can also have a cardiovascular effect and an increased incidence of coronary artery disease.

Lack of sleep from noise pollution may also have an unexpected impact on our waistlines.  Research in Sweden and published in the British Medical Journal suggests that disrupted sleep makes people less willing to exercise.  Therefore, more likely to put on weight.

According to the World Health Organisation, children are especially vulnerable to noise,.  The effects that noise has on children may be permanent.

A recent study by Imperial Collage, London found that exposure to sound can affect blood biochemistry.

Another study from Barts and the London School of Medicine, has linked noise pollution from road traffic to instances of type 2 diabetes.

The World Health Organization has calculated that at least one million healthy life-years are lost every year in western Europe because of environmental noise.

It is thought that noise triggers the release of the stress hormone cortisol, which damages blood vessels over time.

The European Environment Agency blames 10,000 premature deaths, 43,000 hospital admissions and 900,000 cases of hypertension a year in Europe on noise.

The most pervasive source is road-traffic noise.  Some 125 million Europeans experience levels greater than 55 decibels .  That’s thought to be harmful to health – day, evening and night.

A 2015 German study found that people living next to noisy roads were 25% more likely to have symptoms of depression than people in quieter areas.

A 2013 study by the University of Sydney found that a lack of sound privacy was the biggest drain on employee morale.

There are, of course, a number of ways in which sound can be reduced.  That can be from better office layout to sound-proofing.  Providing a workplace free of unacceptable noise intrusion is a legislative requirement.

Residential noise can often be blocked by double or triple-glazing.  In the workplace noise can equally be dealt with by external curtain wall and doors.  Internally, by internal screens and doors.

What’s important is to choose the correct acoustic glazing type, to best deal with the frequency or pitch of the noise to be absorbed.  As well as the levels of decibels to be reduced.

Glass controls noise by reflecting the noise back towards its source, and absorbing noise energy within the glass.

Noise pollution can come in a variety of low, medium or high frequency sounds.  So, it’s therefore important to choose the correct acoustic glazing type.  That will best deal with the frequency or pitch of the noise to be absorbed – as well as the level of decibels to be reduced.

Wrightstyle’s advanced glazing systems were primarily developed to stop fire and toxic gases for up to 120 minutes.  Or mitigate against ballistic or bomb attack, they also reduce or eliminate noise pollution.

But in the same way that specialist glazing systems provide fire compartmentation, they also compartmentalise sound.  From curtain walling shutting out external noise, to internal glazed partitioning and smoke-sealing doors containing noise inside a building.

Combining advanced levels of protection with the high performance of steel framing and we can often provide a complete solution for sound reduction in one glazed assembly.

For example, we supplied systems for the conversion of the London 2012 media centre into a new digital quarter.

The major project, called Here East, is the hub for BT Sport and sound was a key factor in the contract.  The large fire-rated curtain wall atrium required a mix of aesthetics, fire resistance and acoustic properties.

Sound may be ubiquitous in the modern world, but it doesn’t have to intrude on our working lives.