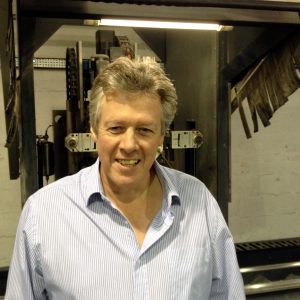 One of the UK’s leading advanced glazing system suppliers has called for better education and enforcement in the industry in the wake of a fraud trial in Northern Ireland.

Wrightstyle, which supplies its systems internationally, says that many people involved in the specification, supply and installation of fire-rated glazing systems do not have the appropriate technical skills.

The fake glass was supplied to dozens of victims across Ulster, the Republic of Ireland and the rest of Britain.

Among his dozens of unwitting clients were hospitals and primary schools all of whom, at considerable cost, will have to make good his wrongdoing.

The police officer in charge said that “the potential loss of life in this case cannot be underestimated.”

Wrightstyle is a specialist in the development, testing and supply of fire-resistant glazing systems for internal and external applications.

The company’s managing director, Tim Kempster, said that his “overwhelming feeling is one of sadness rather than outrage because many issues of fire safety are still badly understood by too many specifiers in the building industry.

“The Northern Ireland case was one of criminal fraud, but what about the less deliberate omissions in fire safety that could have the same catastrophic consequences in the event of a serious fire?

“It’s an interlinked series of issues where we’ve tried to raise awareness, because some of the technical aspects of fire-rated glazing systems are complex – and too many designers, contractors and building control officers  either don’t fully understand them or don’t want to understand them,” he said.

As an example, the company cites a recent project where their customer ordered and installed a fire-rated fixed light and window, and then complained that it was leaking.

The Wrightstyle site engineer found that it had been incorrectly installed and, worse, they had put an aluminium vent into the fixed light – which was not fire rated and therefore rendering the whole certification worthless.

“We regularly see other examples,” said Tim Kempster.  “For example, some designers come to us specifying a fire-rated curtain wall but with a non-fire rated door.  We obviously then educate them and would not produce nor quote for something non-compliant – but there are others out there who either don’t understand the implications or don’t care.

“The worst offenders, and there are a few, are glass and systems companies who will supply to anyone, but are seemingly unconcerned how the systems or materials are used or installed.  They, supposedly, are in the fire-resistant glazing market.  Isn’t that criminality?” he asked.

Wrightstyle says that all specifiers should only purchase fire-rated internal and external systems from a reputable company that has test documentation to prove that their systems will do what they claim, and deal only with suppliers that have dedicated technical departments able to guide customers through complex compliance issues.

The company also advises specifiers not to base purchasing decisions simply on cost, but to only buy advanced glazing systems from suppliers who can supply test certification for both the frame and the glass because, in a fire situation, the glass will only be as good as its frame, and vice versa.

“The Irish fraudster is now safely behind bars or, indeed, a fire-rated cell window, unless he supplied it.  But wilful ignorance and laziness are just as dangerous.

“The answer must lie in better continuous professional training for specifiers and for better enforcement from, for example, building control officers – to ensure excellence of written records at every stage and that appropriate glazing systems have the correct certifications and are properly installed,” he said.